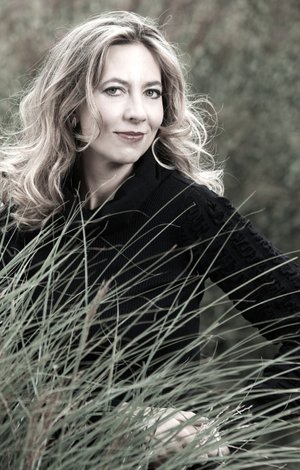 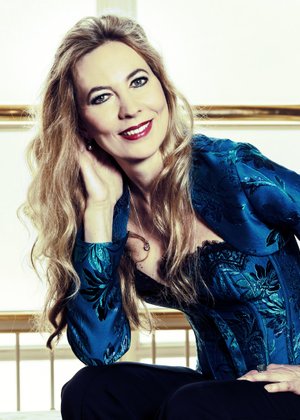 Marina Prudenskaya, mezzo-soprano, was born in St. Petersburg and, following her vocal studies at the conservatory there, received her first engagement at the Stanislavsky Theater in Moscow. In 2000 she moved to the Staatstheater Nuremberg, where she developed many roles in her repertoire. Among many awards, she won the ARD Music Competition in 2003.

From 2005 to 2007 she was a member of the ensemble of the Deutsche Oper Berlin. Guest engagements at the Aix-en-Provence and Bayreuth Festivals, among others, as well as at numerous European opera houses followed. In 2007-2013 she was a permanent ensemble member of the Stuttgart Opera, where she can still be heard regularly. In 2009/10 she sang the Verdi Requiem with the Berlin Philharmonic at the Salzburg Easter Festival under Mariss Jansons and was heard in the Rheingold co-production of La Scala Milan and the Berlin State Opera under Daniel Barenboim. She also made guest appearances as Amneris /Aida in Palermo and Hamburg, as Alcina/Orlando furioso in Santiago de Compostela and as Octavian at the Bavarian State Opera.

Since 2013 Marina Prudenskaya has been an ensemble member of the Berlin State Opera, where she sings the roles of the Composer/Ariadne auf Naxos, Venus/ Tannhäuser and Eboli/Don Carlo, among others. She also gave guest performances of Giuseppe Verdi's Aida in Valencia, Mussorgsky's Khovanshchina in Stuttgart, made her debut as Azucena in Verdi's Il trovatore at the Royal Opera House Covent Garden and returned to the Bayreuth Festival as Waltraute /Götterdämmerung.

On the concert stage, Marina Prudenskaya was most recently heard in, among others, Beethoven's Missa solemnis conducted by Sebastian Weigle, Beethoven's 9th Symphony in Montpellier conducted by Christian Arming, and Verdi's Messa da Requiem with the Rundfunk-Sinfonie-orchester Berlin under Marek Janowski.

In the 2017/18 season, Marina Prudenskaya made her U.S. debut at Washington National Opera as Amneris/Aida, among other roles. She also appeared in this role at the Teatro Municipal de Santiago de Chile and the Teatro Real, Madrid. In addition to the two new productions, Hansel and Gretel with Sebastian Weigle and in the staging of Hans Neuenfels' "Salome", as well as the revival Ariadne auf Naxos/The Composer with Eun Sun Kim on the podium of the Staatsoper unter den Linden Berlin, Marina Prudenskaya returns to the Bayreuth Festival as Fricka/Walküre. She can also be heard in concerts in Paris, Madrid and Weimar.

The 2018/19 season took her to Zurich where she appeared in Robert Carsen's new production in the double role of "Gertrud/Knusperhexe" in Humperdinck's "Hänsel und Gretel". In Michael Thalheimer's new production of Verdi's "Macbeth" she made her debut as " Lady Macbeth" at the Vlaamse Opera in Antwerp. Back at the Teatro Real in Madrid, she can be seen on the royal stage in the role of "Azucena" in Verdi's "Il Trovatore". On her home stage, the Staatsoper unter den Linden, Berlin she could be seen and heard as "Euphrat" in Jörg Widmann's world premiere "Babylon" and as "Neris" in Cherubini's "Mèdèe", staged by Andrea Breth. In concert she could be heard with Richard Wagner's "Wesendock Lieder" at Casa da Musica, Porto, at the Tchaikovsky Concert Hall in Moscow she gave Gustav Mahler's "Lied von der Erde" under Vladimir Jurovsky and at the Kulturpalast Dresden she performed Berlioz' "Le nuits d'étèe" under Marek Janowski.

In the 2019/20 season she will be seen as "Amneris" in Verdi's "AIDA" on the stage of the Grand Theatre Genève. At the Cologne Opera she will be heard as "Azucena" in Verdi's "Il Trovatore" in Dmitry Tcherniakov's production and at the Vienna State Opera under Hartmut Haenchen she will be on stage as "Kundry" in Richard Wagner's "Parsifal". Back at the Staatsoper unter den Linden, Berlin she can be heard in Claus Guth's new production under the musical direction of Vladimir Jurowski as "Marfa" in Modest Mussorgsky's "Khovanshchina".